To commemorate his historic trip here is a look at my top five space movies of all-time.

If you haven’t seen Wall-E you really ought to. It’s fun and sends a pretty clear message. 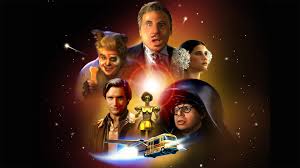 What’s not to love about this Mel Brooks’ classic space movie? Seriously, you need to watch it.

Many lists have this movie as number one. It’s regarded as yet another Stanley Kubrick masterpiece.

The words, “Houston, we have a problem,” are permanently etched in history and movie lore because of this film by Ron Howard.

One thought on “Space Cadets”